Count on Dimension Inc. for deconstruction (soft demolition) or any other demolition job. Save money and time hiring one contractor for the entire job!

Hire specialists in site preparation, grading, trenching, clearing or in any other soil-related excavation project.

Trust the experts in foundation work, whether you are expanding, raising or building a new dwelling.

Are you looking for a contractor you can trust? Choose a fully insured, licensed, local and experienced contractor to handle your demolition and construction projects, small or large. Dimension Construction has almost two decades of experience. It is also Environmental Protection Agency (EPA) lead-safe certified.

Would you like your project to be delivered on time and on the budget? What about dealing with a sole contractor from beginning to end? Dimension Construction excels in meeting your expectations and deadlines as your entire project will be handled by Dimension’s team, from the first on-site visit until the delivery walk-through.

Is customer experience important to you? The team at Dimension Construction Inc. wants to earn and retain your business. Your satisfaction is of utmost importance. Give Dimension a chance to become your to-go contractor for demolition, deconstruction, excavation, foundation and drainage projects, as as well as retaining walls.

Would you support a business that promotes Sustainability? Dimension Construction recognizes our survival and well-being depends, either directly or indirectly, on our natural environment. Dimension also understands the importance of treating all its employees fairly and respectfully. Are you ready to support an EPA certified business? You can trust Dimension Construction!

Work with a certified business, with a proven track record. Read some of our clients’ testimonials or call us at 510-275-3201 and ask for referrals from existing customers.

Your satisfaction is paramount to the entire team at Dimension. Rely on transparent communication and timely deliveries. 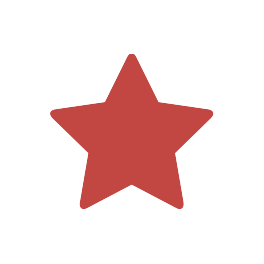 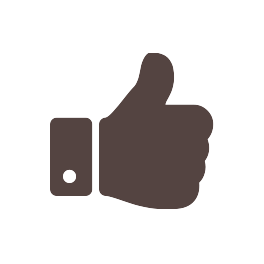 No project is too small or too large. Homeowners, general contractors, departments of public works and homeowner associations have trusted Dimension Inc. to accomplish a wide range of projects.

Are you looking for a service that is not listed? Still call Dimension Construction to confirm it is not offered. In case it is not provided, one of Dimension’s experienced associates may be able to refer you to a reputable business that can handle your project.

Do you have any question about Dimension’s services? Do not hesitate to contact a friendly staff who is would love to help you get your project(s) completed:

Dimension Construction has delivered hundreds of projects to dozens of clients since its inception. However, more important than the quantity of projects, it is the high level of customer satisfaction achieved.

Every project starts with a site visit and a meeting to determine your needs and to share Dimension’s expert advice. Next, a written proposal is sent to you with a detailed scope of the project. At all times, the staff will be ready to answer all your questions. After the proposal is accepted, the project is initiated and a clear communication channel is fostered. Once the project is concluded, a site cleanup is performed and a final walk-through allows you to confirm the work met or exceeded your expectations.

Some pictures of projects delivered on time, on the budget and to happy customers can be found below. Give Dimension Construction Inc. the chance to meet or exceed your expectations.

Dimension Construction is prepared to serve you, whether you are a homeowner and needs work at your house; a contractor seeking a specialist and experienced subcontractor; a local, state or federal government department looking for a reliable contractor; or a homeowner association manager searching for a professional and flexible construction company.

Would you like to speak with other customers? Dimension will gladly share references. Are you just seeking a “ball park estimate” to define the scope of your project? Call now and a project manager will help you figure your options out.

Your job delivered on time, according to your requirements and on the budget by a trustworthy, honest contractor.

Streamline your contracts and maximize your ROI by relying on an experienced team to get any aforementioned service done.

Trust a local and experienced construction company to deliver robust solutions and competitive bids to your various projects.

Hire a licensed, bonded and insured contractor which fully understand what is most relevant to you.

Meet the talented team who is ready and prepared to serve you. Joao Nicolau, the owner and founder, believes his experience combined with his trustworthy staff and transparent communication are key to the company’s commitment to excellence and consequent high customer satisfaction.

Dimension’s vision: to be recognized by its customers and by the broader construction industry as one of the leading construction businesses in the San Francisco Bay Area. 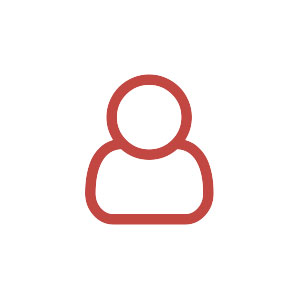 I found Dimension by chance when I was passing by an in-progress construction site. The site was immediately next door to a very popular coffee-house/public gathering area. I had noticed the tidiness of the construction site and how courteous the construction crew was to the passers-by. Out of a whim, I approached someone on the site for contact info. By chance, it happened to be the owner, Nick. He was very nice, and gave me a card. A couple months later, I called him for a project on my property that I had been planning for about a year. The project was an underground excavation for an expanded garage under my existing building in addition to new foundation for an in-law (ADU) on my lot. The site access was tricky, the structural work significant and due to the geo-slide conditions in my area, the project was not straightforward. That said, Nick came on site and had a bid to me within weeks. Most of the other contractors I contacted that were hard to nail down for appointments, talked “big” and overbid or simply did not show up. Surely, if you have done any construction, you know what I mean. Dimension, however, was nothing but professional. They came in promptly with a fair and reasonable proposal. We closed the deal and moved forward. Dimension crew showed up on the exact day we agreed upon. The office staff maintained regular communication and expectations were set (and met) throughout. The crew worked extremely disciplined hours. Even during the periods of “wait time” for city inspections, Dimension stayed in regular contact and returned promptly when the site was ready. Resourcing is clearly organized with this company. Dimension stayed on track, both from a schedule and budget standpoint. From a budget standpoint, we were precisely in sync — even with the minor changes that my architect and engineer presented mid-project. No surprises — which is the way it should be. The effort completed successfully. This is my 4th major ($200k+) renovation project, and Dimension is without a doubt, the most organized and carefully orchestrated construction firm I have worked with to-date. My only regret is that I don’t have a new project to offer to them right now.

Dimension’s staff made a complicated project go smoothly and on schedule. The crew was on site when they said they would be, and on task from the moment they arrived each day. I appreciated their responsiveness and flexibility, and was very impressed with the crew foreman, Joel, who is skilled, knowledgeable and was communicative and helpful during the entire project.

Working with contractors in the Bay Area can be challenging and expensive. I can certainly say Dimension made it straightforward to get a fair bid for my construction project and get it done as I expected. Nick, the owner, is knowledgeable and honest. Daniela, at their office, is professional and polite. The exact kind of people I like to work with! Thank you all at Dimension Construction.